Photos from Lauren Wilk and amazon.com

The summer of 2016 is popularly deemed as the closest we have been to world peace. It was a time of unity, exercise and the outdoors – Pokémon GO made its debut to mobile devices and for the first time, the world saw public spaces full of people of all ages, interacting and bonding over Pokémon.

Wikipedia says that Pokémon GO is a mobile game released in July 2016 that was developed and published by Niantic in collaboration with Nintendo and The Pokémon Company for iOS and Android devices. It is free to play, but features in-app purchases and advertising that allow it to profit. The app uses the player’s GPS and augmented reality (AR) to simulate Pokémon appearing in real-world locations. The AR settings can be turned off, as it can get in the way of quickly catching Pokémon. Also according to Wikipedia, Pokémon GO is “credited with popularizing location-based and AR technology, promoting physical activity, and helping local businesses grow due to increased foot traffic”. 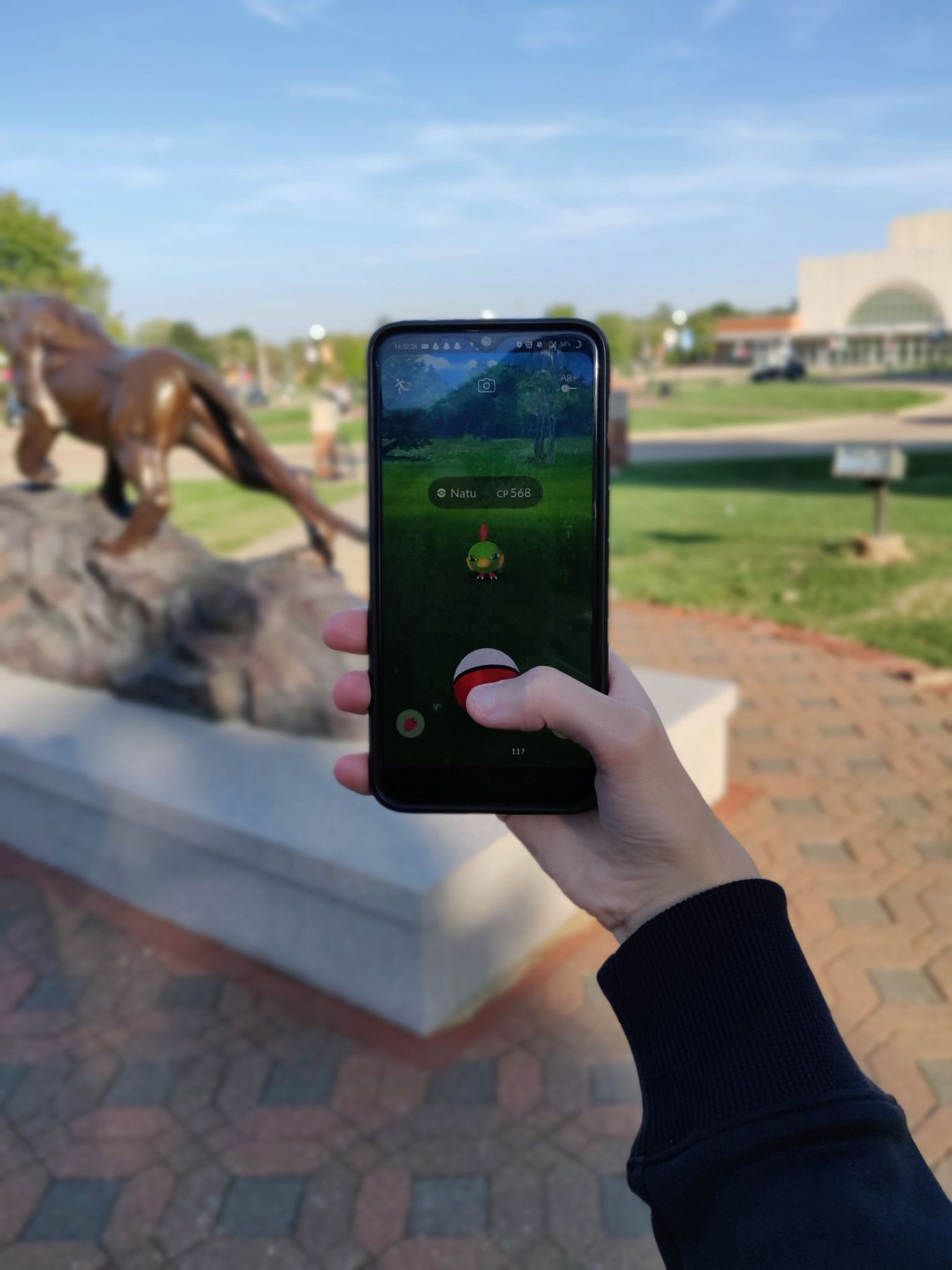 Pokémon GO features PokéStops and gyms you can spin to get items, and you can even put your Pokémon in the gyms to defend them. You pick one of three teams: Mystic (blue), Instinct (yellow) or Valor (red), and only one team can defend a gym at a time. If you successfully defend a gym, you can gain Pokécoins, the in-game currency. These can be used to purchase items found in the shop such as potions and revives, or you can buy clothing for your avatar. You can also add your friends with your very own code, send them gifts, and participate in Pokémon raids remotely (a recent feature added since COVID-19 began)!

This game is vastly different from main-line Pokémon games, but some of the biggest differences include the catching mechanism and the need for candy for all Pokémon to evolve. Grab 400 Magikarp candy, and you will (eventually) be able to get your Gyarados. Trust me, this can take a very long time to do, even with Magikarp as your buddy (a buddy Pokémon will allow you to gain a candy for that species for a certain walking distance in kilometers, like 1K, 3K, or 5K). You can also hatch eggs by walking certain distances.

A lot of people who were in high school during 2016 probably recall the buzz that Pokémon GO created. In my hometown, there was a specific park in which people crowded to play after school. I saw people that I never thought were interested in Pokémon. Everyone played, and we would walk around the park and brag about whose team was holding the gym. After that July in 2016, a lot of people dropped the game and never touched it again. Since then, a lot of people picked it up again here and there, but never stuck with it. However, Pokémon GO is still very much alive, especially on the McKendree campus.

When I came to McKendree in 2018, I was playing Pokémon GO consistently and more PokéStops have been added since then—basically every building or notable landmark is a gym or a stop. Both of the fountains are gyms, as well as the Bearcat statue and Holman Library. The rest of the buildings and residence halls are PokéStops (not including McKendree West). I walk to class, so every morning I open my app and catch Pokémon, spin PokéStops, and complete some daily tasks. By playing every day on campus, I’ve noticed that McKendree is especially active when it comes to Pokémon GO, and I got the chance to talk to some active players.

McKendree’s own Professor Stephen Hagan and senior Abigail Rumpp both play Pokémon GO, and have been since the launch in 2016. “I started as something to do with my daughter who was four at the time,” Professor Hagan explains. “I really fell in love with the game and world, got deeper into Pokémon, and play other games now.”

On the subject of playtime, it varies between them. Abigail explains, “I play a few times a day, usually just to pass time, for in-game events, or just for fun!”

Meanwhile, Professor Hagan states, “My playtime varies, sometimes it’s everyday, sometimes every week or two.” Since the addition of more PokéStops at McKendree, players are more likely to play while on campus.

“There’s not a lot of pokestops or gyms by my actual house in Tennessee, so it’s nice to be able to access a stop or a gym from my room or on my way to class,” Abigail says. “It definitely made me start playing a lot more!”

When asked about why they play the game, their motivations varied. “Pokémon has been a series that’s been a part of my life ever since I was a kid—my first video game was Pokémon Emerald when it first came out! I usually don’t like mobile games,” Abigail expresses, “but being able to play something that I really enjoy on my phone, as well as being able to play with my friends and other people on campus, has made it a mobile game I actually really enjoy and frequently play. I also absolutely love the collection aspect—it’s super fun to discover new Pokémon around the area.”

Professor Hagan also enjoys the collection of  Pokémon: “It’s a fun collection game that is fun to do with my family. I keep playing because they’ve kept it interesting to find everything. It for sure cycles by events and my interest waxes and wanes, but it’s pretty low impact, so I stay with it.” A positive to Pokémon GO is that it is easy to pick up and start playing, by students and professors alike.

Whether you view Pokémon GO as a fun mobile game or just another thing those kids are messing with on their phones, it is undeniable that the community is still active all over the world and especially on McKendree’s campus. If you are looking to start playing but you’re not sure how to begin, there are thousands of resources all over the internet to aid with every aspect of Pokémon GO. One thing is for sure: you will not be alone if you play between classes at McKendree!